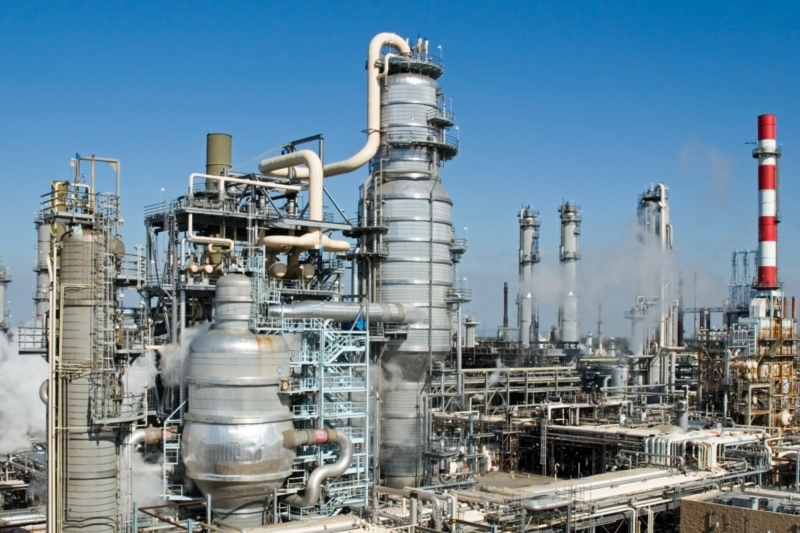 Residents of the oil-rich Buliisa district have petitioned Government to implement for them an affirmative action programme intended to protect their land rights.

During the different dialogues organized across seven sub-counties and one town council, with support from ActionAid Uganda, residents and their leaders decried the increased insecurity over land ownership ever since commercial oil reserves were discovered in the district.

“Many speculators claiming customary land have come to Buliisa district ever since oil was discovered, we need Government protection over our own land” Mr Blasio Mugasa, a former Bunyoro Kitara Kingdom deputy Prime Minister told the meeting at Buliisa town Council.

The Oil Central Processing Unit above

Majority of Buliisa communities have held land communally since time immemorial. However, the oil discovery in the rural district has attracted wealthy individuals who are processing communal land titles into private freehold titles.

The district will host one of the two oil Central Processing facilities (CPF) and infield pipelines that will evacuate crude oil from various oil fields located in the park and within the communities into the CPF. The feeder pipeline will also move from Buliisa district to Kabaale Parish in Hoima district where Government plans to set up a holding terminal for crude oil and an oil refinery among other infrastructure. Crude oil for export will be fed into an East African crude oil export pipeline which was launched in November, 2017 by President Museveni of Uganda and his Tanzanian counterpart President John Pombe Magufuli.

Mr Moses Tumusiime, one of the project affected persons in Kasenyi village, Ngwedo sub-county (Buliisa district) the proposed site for the CPF said residents in the area are concerned that even before receiving compensation for their land and other properties, machines conducting studies for the CPF are already working on people’s lands.

“Government should not disrespect our right to own property simply because it wants to achieve its oil projects”, Tumusiime said.

“Whereas government can acquire our land for projects in public interest, we are entitled to prior, adequate and timely compensation as enshrined in the constitution. If oil companies do not respect our rights, we shall seek legal redress” said Gilbert Tibasiima the district youth councilor

Sophia Kabonesa, a resident of Buliisa sub-county believes that oil companies should always negotiate for prices of land with respective land owners so that land for oil projects is acquired on willing buyer, willing seller basis.

An inter-ministerial team led by the lands Minister, Ms Betty Amongi visited Buliisa district in January this year and disclosed that compensation for an acre of land in Kasinyi village will be 3.5 million. In May last year, Government had announced a compensation rate of 2.1 million shillings per acre. The residents in Buliisa rejected the proposed price which they described as inadequate. They demanded 21 million shillings per acre, then.

During dialogue engagements, residents in Buliisa asked for differing prices of land but majority preferred an acre of land to be acquired for between 10 to 60 million.

The Buliisa District Community Development Officer, Mr. Bernard Barugahara said compensation rates for crops for the 2017/2018 financial year have already been communicated by the Chief Administrative officer (CAO) to the locals.

He said disclosure for entitlements of project affected persons in Kasenyi village had commenced but there are several individuals and families that are already in conflict over land ownership and boundaries in the area.

Buliisa Initiative for Rural Development Organization (BIRUDO) and Lake Albert Children, Women Advocacy Development Organisation (LACWADO) in partnership with Bunyoro Albertine Petroleum Network on Environmental Conservation (BAPENECO) and the civil Society Coalition on Oil and Gas issues (CSCO), conducted community dialogues in Buliisa district on the policy and practice aspects in the oil and gas sector, under the support of ActionAid Uganda.

The dialogues focused on the implications of the planned commercial oil production developments on people’s land and property ownership among other aspects. The engagements were conducted in sub-counties of Kigwera, Ngwedo, Buliisa, Butiaba, Biiso, Kihungya and Buliisa town council. The dialogues kicked off on 5th and ended on 12th February 2018.

The engagements culminated into district level dialogue where key issues and recommendations generated from the lower local government level were shared with the various stakeholders at the district level for consideration and further escalation.

The main objective of the dialogues was to discuss on the impacts induced by the oil and gas developments in Buliisa districts in the runner up to the development and production phases.

ActionAid Uganda’s Extractives Governance Coordinator, Mr Didas Muhumuza said the engagements were meant to create a platform for all stakeholders to discuss issues pertaining to the oil and gas developments’ induced impacts that relate to land acquisition, resettlement and social sustainability aspects.

“We are happy that stakeholders shared ideas on how best to engage and cause positive policy and practice changes so that local communities can have their problems addressed in good time” he said.

The outcomes of the sub-county dialogue meetings will be used for advocacy and further engagement with decision makers at district and national level so that the concerns raised are duly addressed.