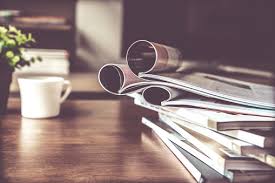 The Political Declaration (PD) seeks to “fostering a culture of accountability, transparency, legality, integrity and fairness in the public sector, including by applying anti-corruption obligations and measures, codes of conduct and other ethical standards for all public officials, including executives and law enforcement officers, as well as prosecutors and members of parliaments and judicial bodies, bearing in mind their independence, and those subject or exposed to high corruption risks”.

This is a big and serious commitment whose realisation depends on genuine reforms at national and international level. There is national and international architecture and practice that perpetuates corruption at all levels. Corruption involve ‘a giver and taker or receiver”. There is somebody at one end that solicits or offers corruption and another on the other end that receives the corruption. “It takes two to tango”. There is an impression often created that Africans or people in under-developed countries are obscenely corrupt, this is not true. Corruption affects all countries – developed and under-developed – all are culpable – a reason for the UNGASS Political Declaration. There is therefore need to address the root causes, not just the vice, of corruption.

In this presentation, I share my opinions about the root causes of corruption in Uganda that might also be reflected in other African countries.

Efforts at National and International Level to Fight Against Corruption.

What can civil society do to hold its government accountable to the commitments made in the PD?

How can civil society ensure the inclusion of women and youth in pushing education and advocacy on public and political integrity, does the PD speak to this?