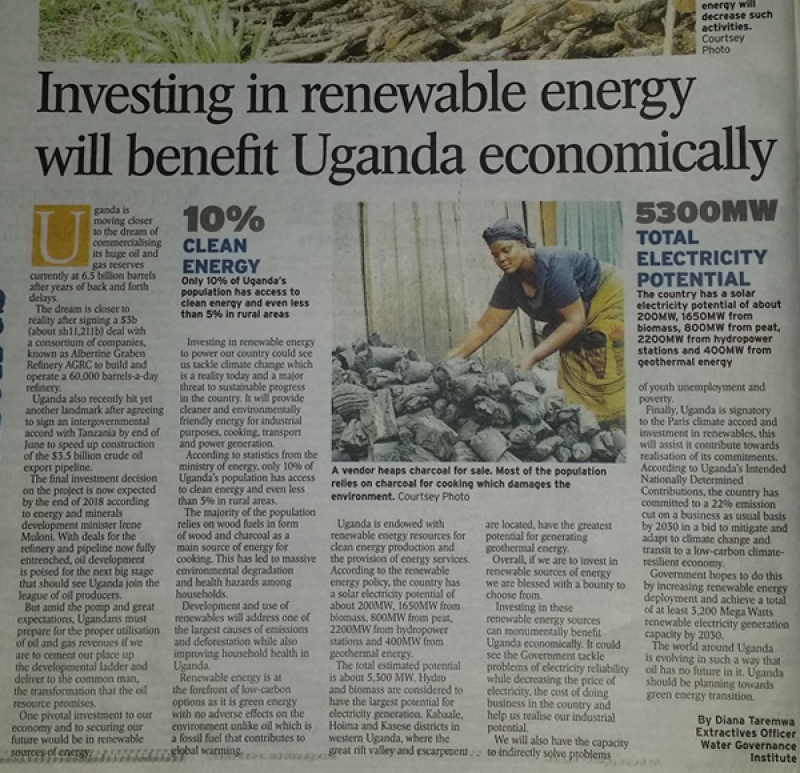 People have made various suggestions on how Uganda’s oil revenues ,including the Petroleum fund ,should be used. Currently, all oil related revenues are placed in the Petroleum Fund that was established by the Public Finance Management Act, 2015.

Uganda is moving closer to the dream of commercializing its huge oil and gas reserves currently at 6.5 billion barrels after years of back and forth delays. The dream is closer to reality after signing a $3 billion deal with a consortium of companies, known as Albertine Graben Refinery to build and operate a 60,000 barrels-a-day refinery.

Uganda also recently hit yet another landmark after agreeing to sign an intergovernmental accord with Tanzania by end of June to speed up construction of the $3.5 billion crude oil export pipeline. With deals for the refinery and pipeline now fully entrenched, oil development is poised for the next big stage that should see Uganda join the league of oil producers.

But amid the pomp and great expectations, Ugandans must prepare for the proper utilisation of oil revenues if we are to cement our place up the developmental ladder and deliver to the common man and woman the transformation that the oil resource promises. One investment that is vital to our economy and to securing our future would be in renewable sources of energy.

Investing in renewable energy to power our country could see us tackle climate change which is a reality today and a major threat to sustainable progress in the country. It will provide cleaner and environmentally friendly energy for industrial purposes, cooking, transport and power generation.

The total estimated potential is about 5,300 MW. Hydro and biomass are considered to have the largest potential for electricity generation.  Kabaale, Hoima and Kasese districts in western Uganda, where the great rift valley and escarpment are located, have the greatest potential for generating geothermal energy. Overall, if we are to invest in renewable sources of energy we are blessed with a bounty to choose from .

According to statistics from the ministry of energy only 10% of Uganda’s population has access to clean energy and even less than 5% in rural areas .The majority of the population relies on wood fuels inform of wood and charcoal as a main source of energy for cooking which has  led to massive environmental degradation and health hazards among households.

Renewable energy is at the forefront of low-carbon options as its green energy with no adverse effects on the environment unlike oil which is a fossil fuel that contributes to global warming.

Investing in these renewable energy sources can monumentally benefit Uganda economically. It could see government tackle problems of electricity reliability while decreasing the price of electricity, the cost of doing business in the country and help us realize our industrial potential. We will also have the capacity to indirectly solve problems of youth unemployment and poverty.

Finally, Uganda is signatory to the Paris climate accord and investment in renewables will contribute towards realisation of its commitments. According Uganda’s Intended Nationally Determined Contributions INDCs, the country has committed to a 22 per cent emission cut on a business as usual basis by 2030 in a bid to mitigate and adapt to climate change and transit to a low-carbon climate-resilient economy. Government hopes to do this by increasing renewable energy deployment and achieve a total of at least 3,200 Mega Watts renewable electricity generation capacity by 2030.

The world around Uganda is evolving in such a way that oil has no future in it. Uganda should be planning towards green energy transition.