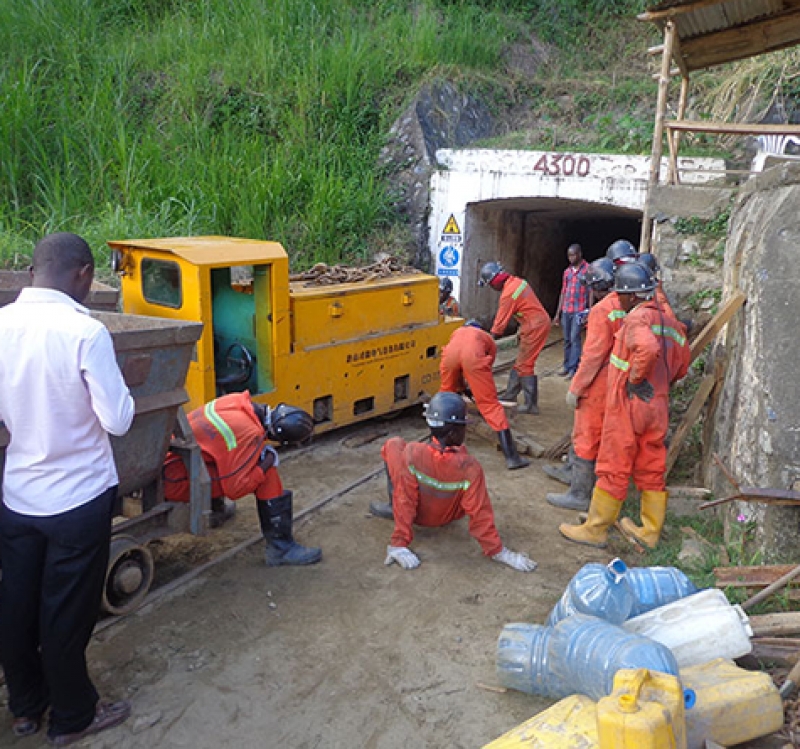 It is about 36 years since the mining of copper at Kilembe Mines in Kasese district ended. But up to now residents still suffer the consequences of pollution.

Researchers from Makerere University believe that the minerals are causing danger not only to the community but livestock and environment. Diseases like cancer and ulcers in the area are attributed to the pollution that was caused by the mining.

Dr Abraham Mwesigye, an environmental toxicologist at the College of Agriculture and Environmental Sciences, Makerere University, found that the mining in western Uganda from 1956 to 1982 left over 15 mountains of waste containing cupriferous and cobaltiferous pyrite dumped within a mountain river valley.

According to the researcher, the waste water was not treated to remove heavy metal, thus exposing the environment to contamination.

Untreated water has found itself into water bodies like Lake George and River Nyamwamba, the main water sources in Kasese and areas around Mpondwe.

Mwesigye released his damning report on June 7 and explained that samples collected from soil, water, foods, forage, sediments and toe nails from local volunteers were analysed at the school of biosciences, Nottingham University, UK.

The report further indicates the source of contamination as mine tailings and underground mine water. Aluminum, copper and iron were more abundant in public water sources, he said.

“The food crops and forage grown in these areas contains significantly higher concentrations of copper, cobalt, zinc, possibly taken up during growth and accumulated in the foods, which could lead to consumption of the same elements by local people,” he said.

“We [carried out] tests on human nails from Kilembe area and it confirmed that children ignorantly play in dangerous areas that expose them more than adults to the mine metals, especially copper, cobalt and nickel.”

The consumption of food contaminated with metals can cause cancer, gastro-intestinal complications, a decrease of immunological defenses, physical and mental disabilities and retardation.

The large amounts of soil metals could affect soil productivity. Drinking water is contaminated mainly with cobalt, iron, aluminum and manganese, which exposes the people to heavy metal poisoning.

The dust in peoples’ homes and public buildings especially along the River Nyamwamba valley and downhill of tailing sites could be inhaled or accidentally ingested.

With forage containing large amounts of copper and zinc, these elements could affect animal health and the quality of milk and beef produced in the Kilembe area.

Mwesigye suggested that there should be enforcement of proper waste storage and disposal protocols, and the local people living in contaminated environments should be sensitised about the dangers, so that they make informed decisions.

Also, there is need for construction of containment all around Kilembe tailing sites and land filling to safeguard the soil.

There is urgent need to treat Kilembe mine underground water before it is discharged into River Nyamwamba; need for remediation activities for soils along River Nyamwamba, he added.

In October 22, 2008, The Observer carried a story about Lake George’s strange greenish-blue fish. Fishermen at one of the landing sites discovered a strange blue fish, which was suspected to have absorbed excess copper.

However, the local authority then responded that there was no research done to prove this claim, noting that the abnormality may have another cause, such as disease.

The then General Manager of Kilembe Mines, Fred Kyakonye Weraga, said that the coloured water discharged from the mines into the lake is green algae, which results from excess mineral nutrients in the water, a phenomenon known as eutrophication.

This phenomenon is also known to be damaging to the sustainability of the fisheries sector. Weraga claimed that copper, being a sulfide does not dissolve in water. He admitted that Kilembe Mines has not done anything to stop solid waste which was extracted from the copper tunnels, being dumped along the nearby valley.

With many homes having been built using sand from the contaminated River Nyamwambaa, there is urgent need for the environment stakeholders to plan and implement mitigation programmes. The option of resettling people living in contaminated areas could also be explored.