Mining police Unit, Eviction of ASMs: Is this the Right Thing to Do? 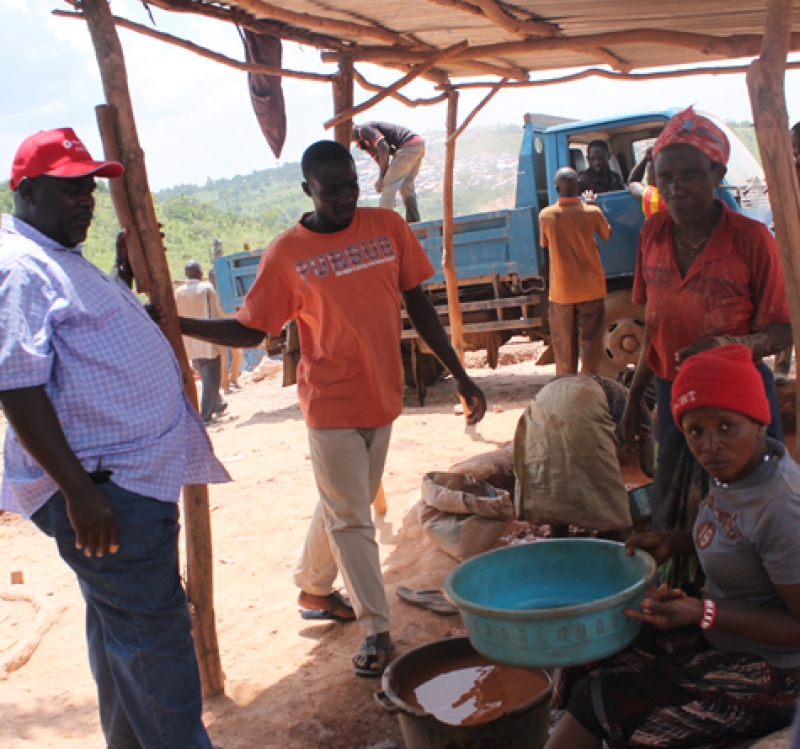 Mining police Unit, Eviction of ASMs: Is this the Right Thing to Do?

Government has created a mining police unit to enable law and order in the mining sector and deal with disorganized artisanal miners.

This was confirmed by the Directorate of Geological Survey and Mines, Edwards Katto, at the recently concluded Mineral Wealth Conference in Kampala.

However, creation of a mining police unit and the act of evicting Artisanal Small and Medium scale miners (ASMs) in Mubende go against the principles of the draft law  and policy and the spirit of regularising ASMS.

Government is in the process of reviewing the mining law and policy with a view of regularising mining activities in the country.

Some of the proposals in the draft law and policy recognise the need to regulate ASMs which was lacking in the old Mining law 2003.

The specialised mining police unit is not provided for or enshrined in the current mining law nor captured in the draft law and policy which makes it illegal. Government should first regularise ASMs before taking such actions.

It is a well-known fact that for a long time Uganda’s gold has been mined by the ASM miners whose back breaking labour contributed towards $340 million in gold exports in 2016, according to figures from Bank of Uganda.

Gold mining alone employs over 20,000 people in the country who would otherwise be unemployed.

The Mubende evictions  have not only  deprived the people depending on gold mining in the district livelihoods and rendered  them jobless but have created recipe for speculation of government wanting to wipe out ASMs in the gold mining industry and bringing in big investors.

Uganda’s mineral sector growth has been guided by legislative frameworks riddled with gaps and implementation challenges. Consequently, the sector has registered negative social and environmental effects/impacts, such as miners being exposed to hazardous chemicals; mining operations being conducted in total disregard of health and safety requirements and operations often result in pollution and loss of biodiversity, and overall land degradation.

Therefore, government needs to put in place measures to monitor mining industry compliance to social and environmental safeguards, including bio-monitoring the effects/impacts of chemicals used in mining operations.

Also, government and other stakeholders should invest in educating ASMs on social and environmental safeguards, including standards of extracting minerals.

Artisanal miners tend to be ignorant about social and environmental safeguards and therefore inadvertently violate or do not comply with the safeguards.

The important role of ASMs in the mining sector– as “path finders” cannot be ignored .Government should give them an opportunity to engage in mining as individuals and collectively as groups or as ASM-mining companies through regularization.

The writer is the extractives officer at Water Governance Institute