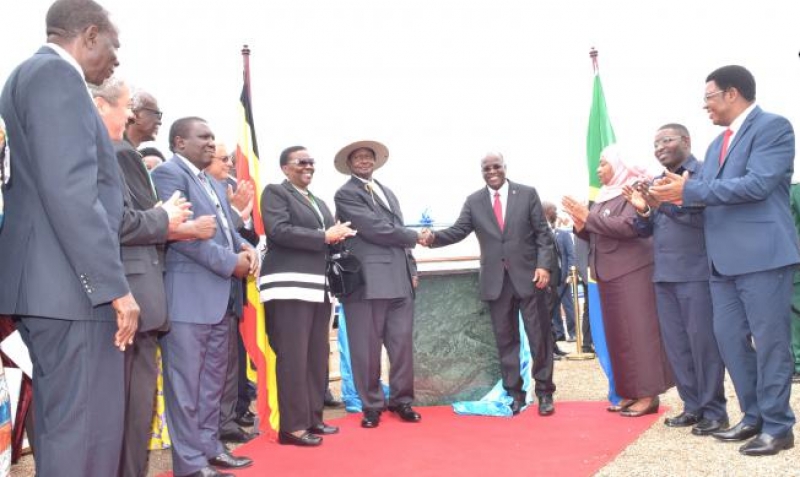 The President hints on the possibility of hiring technicians from neighbouring countries, in case Ugandans are not ready.

Government will not hesitate to hire or import oil and gas technicians from neighbouring oil producing countries, in case Ugandans are not ready, President Yoweri Museveni has said.

“Nothing will delay us. If we don’t have skilled Ugandans, we shall hire skilled labour from neighbouring oil producing countries,” the President emphasized.

Ugandan plans to start oil production in 2020, though it is unlikely. Museveni was speaking at the closure of a two-day Skilling and Local Content Forum for the Oil and Gas sector at Sheraton Hotel, Kampala on Tuesday, January 23rd, 2018. The forum was organized by the Uganda Chamber of Mines and Petroleum (UCMP) and the Ministry of Education and Sports.

The oil and gas sector is a specialized sector that requires internationally certified skills especially for engineers and technicians. Skills development for oil and gas, remains critical if Ugandans are going to participate in the sector.

“They [technicians from neighbouring oil producing countries] will be here in the first years of oil production and leave when we have trained enough of our own,” Museveni said.

In 2014, the joint venture oil partners – Tullow, Cnooc and Total released the Industrial Baseline Survey (IBS) report, titled, “A survey to foster opportunities for Ugandans in the Oil and Gas sector”, which revealed the country’s manpower need for the sector alone. According to the report, the sector is expected to generate at least 14,000 direct jobs and more than 100,000 induced jobs during the production and development phase. According to the same report, more than 60 percent of the jobs will be technicians and craftsmen like wielders and metal fabricators among others. However, these will require to be retrained, retooled and internationally certified in order to meet the stringent industry standards.

Government started the Uganda Petroleum Institute Kigumba (UPIK) purposely to churn out such technicians for the sector, but the numbers are too low. Museveni therefore urged the private sector to set up technical and vocational institutions to train the much needed technicians for the oil and gas sector. Government alone, he acknowledged cannot do much.

“My appeal is that Ugandans should set up private vocational and technical institutions and train welders and other technicians. The government is also training technicians but the private sector should play greater roles and get international certification for the technicians,” Museveni added. He said in case students can’t pay for themselves in private technical institutions, government will step in and offer scholarships.

Speaking at the same forum, Loy Abaine Muhwezi, the Assistant Commissioner, Technical Education in the Ministry of Education and Coordinator Skills Development, said government with support from the World Bank is to offer at least 600 scholarships mainly to students in the oil-rich Albertine graben to train as technicians.

Uganda expects to utilize its oil and gas resources to trigger economic growth and development. However, in case, labour is imported from elsewhere, it will leave Ugandans out of the sector, a move that could spell doom not only for the sector but the entire country at large. It means the benefit will not go to Ugandans but rather foreigners.

Dr Elly Karuhanga, the Chairman Uganda Chamber of Mines and Petroleum (UCMP), said that by the end of the 2018, the country might have to come to a Final Investment Decision (FID).

“Once that is done, we shall embark on the development phase that will see construction of the refinery, crude oil pipeline and other infrastructures, creating a lot of technical jobs. So, let us prepare to do the work.” Hon. Karuhanga said.