Oil edges up but market still under pressure 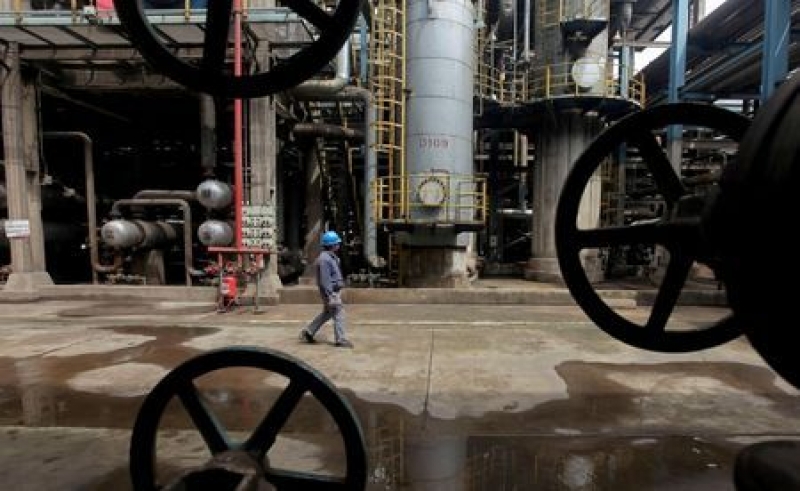 Oil edges up but market still under pressure

A worker walks past oil pipes at a refinery in Wuhan, Hubei province March 23, 2012.

SINGAPORE (Reuters) – Oil prices recovered some losses on Monday after a 3 percent fall in the previous session, but markets remain under pressure from high drilling activity in the United States and ample supplies from producer club OPEC.

Brent crude futures, the international benchmark for oil prices, were at $46.80 per barrel at 0703 GMT, up 9 cents, or 0.2 percent, from their last close.

After cutting positions that would profit from higher prices to a nine-month low by late June, data shows money managers have started raising their long positions again since the start of July, indicating that many believe prices have bottomed out.

The speculator group raised its combined futures and options position in New York and London by 15,518 contracts to 172,810 in the week to July 3.

Despite this, traders said that overall market conditions remained weak.

Brent prices are 17 percent below their 2017 opening despite a deal led by the Organization of the Petroleum Exporting Countries (OPEC) to cut production from January.

ANZ bank said on Monday that the market “continued to focus on the increasing (U.S.) drilling activity and higher production.”

U.S. energy firms added seven oil drilling rigs last week, marking a 24th week of increases out of the last 25 and bringing the total count up to 763, the most since April 2015, Baker Hughes energy services company said on Friday.

The rising U.S. output comes as supplies from OPEC also remain ample despite a pledge by the group to cut production between January this year and March 2018.

Given ongoing oversupply, analysts said that the market was still some way off from finding a closer balance between demand and available supplies.

“There seems little hope for (market) rebalancing… unless we see an exceptional increase in demand as reining in supply seems to be getting tougher,” said Sukrit Vijayakar, director of energy consultancy Trifecta.