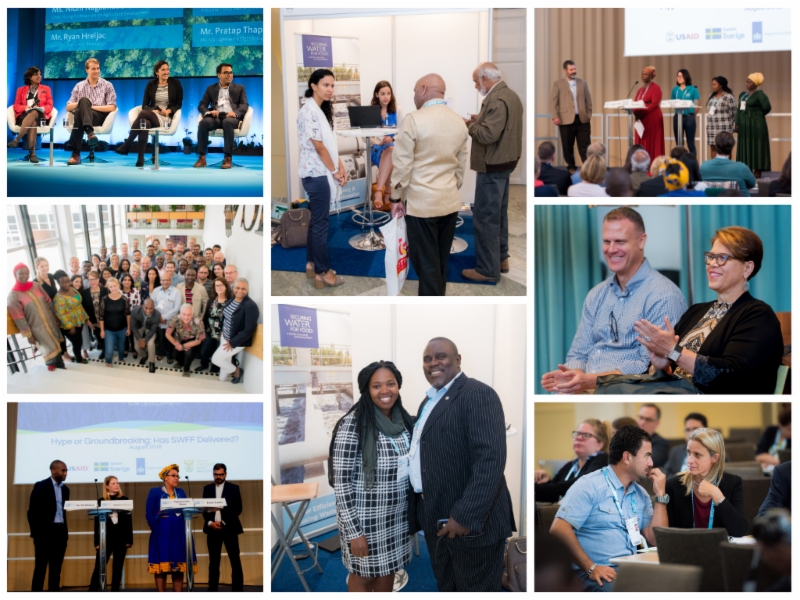 On behalf of the Securing Water for Food (SWFF) partners, thank you for your support of the 5th Anniversary SWFF Annual Convening at the 2018 Stockholm International Water Institute World Water Week (WWW)! The celebratory SWFF week included a 70+ person delegation that included the SWFF Founding Partners; current, graduate, and alumni SWFF innovators; members of the Innovation Investment Advisory Committee (IIAC); the SWFF TA Facility; and other distinguished guests.

The celebration was kicked off by the annual SWFF Unconference, a half day of concurrent conversation hubs led by innovators and members of the IIAC where innovators networked and reconnected with the broader SWFF family. The highlight event of WWW was the showcase “Hype or Groundbreaking: Has Securing Water for Food Delivered?” where the program presented five years of results and lessons learned.

At the end of the session a new Grand Challenge for Development (GCD), Water and Energy for Food, was announced in a message from Sida’s Director-General, Carin Jämtin. The extended phase will capitalize on the vast resources and learnings from SWFF and the Powering Ag GCD to take innovations to the next level of scaling.

Many other exciting activities happened during the SWFF Annual Convening including: SWFF innovator & Co-Founder of aQysta, Pratap Thapa, had a prominent speaking role at the SIWI WWW Opening Plenary in the Youth Panel; innovators had insightful meetings with members of the SWFF TA Facility, USAID, and IIAC members; SWFF hosted an informational booth at the event; and finally, the entire SWFF family was brought together over food at the celebratory SWFF dinner.