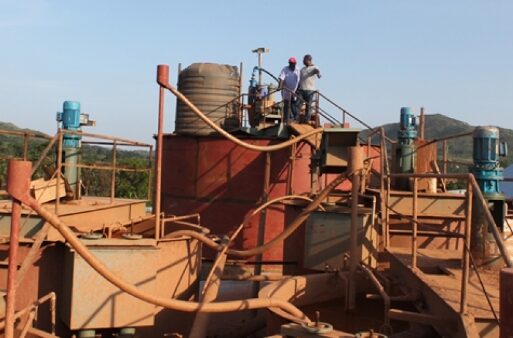 Uganda and the three main oil companies – Total E&P, Cnooc, and Tullow Oil – are torn over where to register the holding company for the East Africa Crude Oil Pipeline, a deadlock that has partly created a delay in the signing of the Host Government Agreement, and ultimately the Final Investment Decision, writes JEFF MBANGA.

According to a secret memo that the ministry of Energy and Mineral Development drafted for cabinet in September, a copy of which The Observer has seen, the three oil companies want the holding company for the East Africa Crude Oil Pipeline Company (EACOP) incorporated in the United Kingdom with branches in Uganda and Tanzania, while government wants the company incorporated in Uganda.

Another stalemate is the voting rights for the Uganda National Oil Company (UNOC) on key decisions within that company. According to the Production Sharing Agreements that Uganda signed with the oil companies, UNOC is to have 15 per cent participating interest in many infrastructure projects such as the crude pipeline.

It has now emerged that while the three oil companies have no issues with UNOC’s 15 per cent, government is worried that that percentage is not enough to swing key decisions in its favour during the voting process by the shareholders.

It is not hard to see why the oil companies want to have the pipeline company registered in the United Kingdom. The United Kingdom is increasingly being viewed as a tax haven, and companies tend to prefer to incorporate there as a scheme of lowering their tax bills.

Another reason as to why companies prefer to register in places such as the United Kingdom is because of their more predictable legal regime, especially during dispute resolution. Although, Ugandan laws allow for disputes in the oil industry worth more than $7 million to be settled in an international court of arbitration.

But even when it comes to these international arbitrations, Uganda and the oil companies disagree on which court should hear the cases. The three oil companies prefer to settle disputes at the International Centre for Settlement of Investment Disputes (ICSID), which is located in Washington, USA, while the Uganda government wants London Court of International Arbitration. Uganda’s opposition to the Washington court, according to the memo, is “due to the fact that many states consider it unfair to state parties and this is primarily why several states in South America have withdrawn from ICSID.”

Already, the oil companies say they want the terms and conditions in the Host Government Agreement (HGA) to be governed by English law. However, government wants the HGA to be government by Ugandan law. The HGA will include clauses such as the responsibilities of both Uganda and Tanzania towards offering security of the project, access to land, respect to human rights, just to mention a few.

What looks hard, though, is pushing for an increase in UNOC’s voting rights. The memo points out that “UNOC will participate in the pipeline company as a minority shareholder (15%), but as the shipper of Government’s share of crude oil which is the majority shipment of the pipeline, UNOC should have an affirmative vote on key decisions of the pipeline company such as budgets and work programs, major capital investments and choice of operator.”

It adds: “This would enhance GoU’s national content objectives, among others. On the other hand, however, the upstream oil companies are opposed to UNOC having an affirmative vote.”

Last week, we wrote how the oil companies and government had divergent views on the amount of oil resources that should be shared between the oil pipeline and the refinery. We pointed out that the oil companies wanted all the available oil resources to be directed towards the pipeline at the expense of a delay in commissioning in the oil refinery. Such a delay would make the refinery unviable, government warns.

It now appears there are more contentious issues between the government and the oil companies, all of which could push the much-awaited Final Investment Decision (FID) further back. The FID is seen as the key agreement that will activate huge cash investments into the oil industry.

According to the memo, the issue surrounding land rights for the pipeline is not resolved either. The route of the crude oil pipeline from Hoima in western Uganda to the Chongoleani peninsula in Tanzania is expected to cut across major infrastructure such as power lines, roads and a railway line, among others. Institutions such as the Uganda Electricity Transmission Company Limited own the rights over some of the land where power lines are located.

Now the oil companies want full rights over any land where the crude oil pipeline will pass. Government says that might not be possible. Instead, government says it will not grant the oil companies their wish of having superior land rights; rather, it will only endorse “rights that facilitate co-existence with other infrastructure.”

Generally, there is a widespread consensus that these disagreements are not too strong for Total E&P, Cnooc, and Tullow Oil to pull the plug on going further with their investments in Uganda. Such a scenario, government warns, would leave Uganda compensating the oil companies $2.5 billion for the investments made in the oil fields to date, and a further $138 million for investments in the crude oil pipeline to date. That is aside from the reputational risk that Uganda would suffer if the oil companies decided to leave the country.

So, this is going to come down to a meeting, expected to be held on December 12, chaired by President Yoweri Museveni. Most of these critical disagreements are expected to be resolved in that meeting.

Analysts we have spoken to believe Museveni is going to stick to the earlier plans of moving ahead with the refinery. Museveni is also expected to stick to current legal framework governing land, as any attempt to offer the oil companies superior rights would lead to an amendment to the land laws.

At the end, government is likely to concede on certain areas such as leaving UNOC to have minority voting rights in the pipeline company.