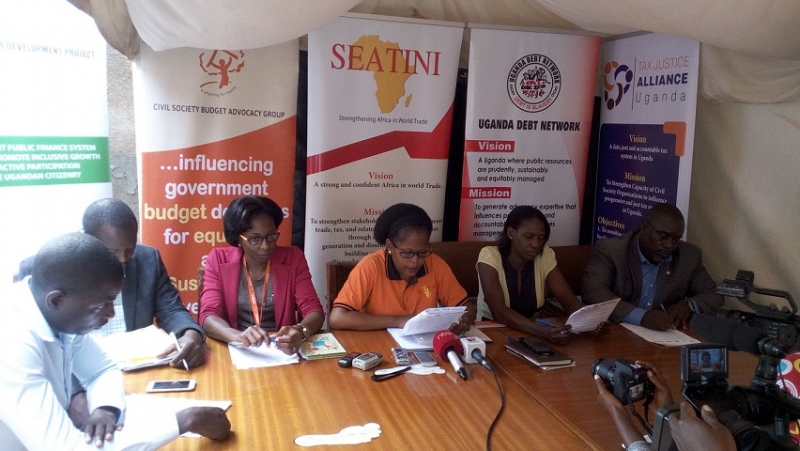 Among the proposals, CSOs welcomed the following tax proposals to improve revenue collection and facilitate investment in the FY 2017/18 and beyond including; An increase of Excise Duty from UGX50, 000 to 55,000 per 1000 sticks (soft cup) for cigarettes will increase revenue, 60% proposed tax on malt beer or 1860 per litre, whichever is higher under the excise duty (amendment) bill, lotteries and Gaming Act, 2016, the inclusion of another categorization for the fruit juice and vegetable juice, except juice made from at least 30% of pulp from fruit and vegetables grown in Uganda will encourage our home industries and strengthen the Buy Uganda Build Uganda policy as well as boost the agriculture sector,  withholding tax rate applicable to winnings from sports betting and pool betting of 15% is commendable, increase on imported furniture and furniture assembled in Uganda from 10% in FY2016/17 to 20% FY2017/18 to encourage local production.

However there were a number of concerns raised by the CSOs. Among them was the issue of tax exemption given to Bujagali dam. A question arose as to whether there will be reduced power tariffs to the benefit of consumers or instead the burden will befall the tax payer!