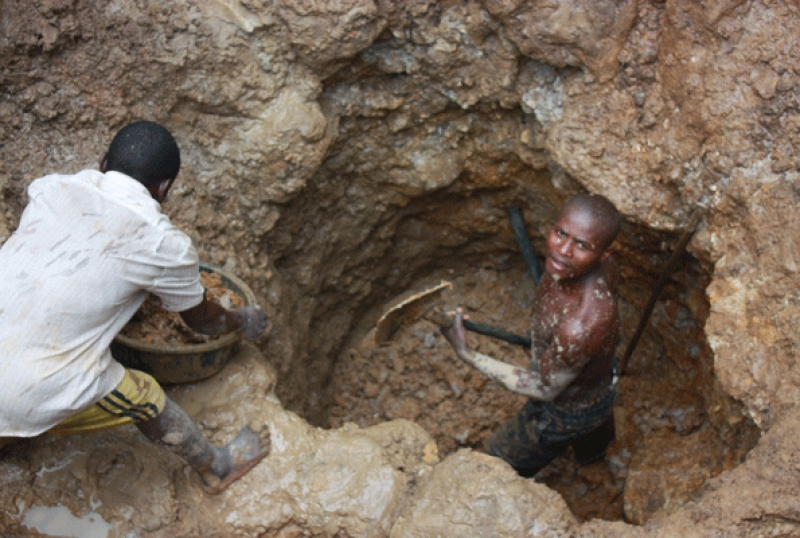 Eric Male lives in Kitumbi subcounty, Mubende district. He is among the thousands of artisanal miners evicted from the district’s gold mining heartlands last year. Unemployed and broke, the 24 year old wakes up early every day to go look for odd jobs in Mubende town. A primary seven school dropout, Jobs have not been easy to come by.

“We are living hand to mouth, it’s a very miserable life”, he says. “Before the eviction, i would at least earn enough to look after myself”. He used to earn 10,000shillings a day from Sygon mining site where he worked sorting mine tailings.

Male is not alone. Thousands of the evicted artisan gold miners remain unemployed. Some have become rogue thieves around Mubende, and are routinely arrested for petty crimes, from snatching handbags from women to stealing food.

In August last year artisanal gold miners were evicted from the gold mines in Bukuya and Kitumbi Sub County in Mubende district. The evictions came following a presidential directive given through a letter addressed to members of parliament from the district.

A move aimed at getting rid of some foreigners that had penetrated Mubende gold mining areas and the need to curb rampant use of hazardous chemicals mercury and cyanide in gold mining activities, affected an estimated 60,000 artisanal miners and landlords who had for years been etching a living out of gold mining.

The evictions were ruthlessly and violently conducted by the mining police unit created by government to enable law and order in the mining sector and deal with disorganized artisanal miners.

It is now six months and the affected people are struggling to move on and find work. Note that, for a long time Uganda’s gold has been mined by the artisanal miners whose back breaking labour contributed towards $340 million in gold exports in 2016.

Also, the mining sector is dominated by artisan, small and medium scale miners and employs over 200,000 people in the country.

The evictions not only deprived people livelihoods but also rendered many jobless .These are people whose lives depended on gold mining .Therefore, government should  offer alternative livelihood projects to the affected people. Special assistance is required to improve the lives of these people.

Water Governance Institute WGI is planning to expand its Aquaponics project to Mubende district for the affected artisanal gold miners.

The project involves Aquaculture (fish farming) and Hydroponics (growing crops without traditional soils) which aims at promoting food security and livelihoods improvement among households in Uganda.

Beneficiaries to the project are able to harvest both fish and horticultural crop products that they can consume at home and sell to the market, earn income.

The SWFF/USAID funded project has been running for 3years now and is being implemented in Hoima for oil projects affected people and Adjumani district for refugees, Kamuli, with plans for expansion around the country.

WGI has already been working with the artisan miners educating them on the dangers of using hazardous chemicals mercury and cyanide in gold mining.

Government under the ministry of energy and minerals should also quickly operationalize the new mining legislation and policy to ensure that mining communities benefit from royalties and are lifted from abject poverty.