How Ugandans can benefit from upcoming oil boom 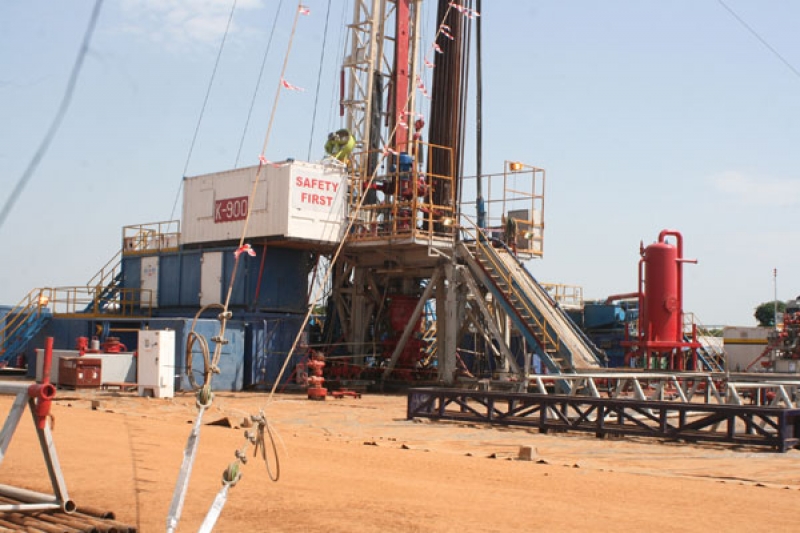 How Ugandans can benefit from upcoming oil boom

Oil production is expected to double Uganda’s economic growth from the current 4 per cent to 10 per cent.By Tom Brian Angurini

After the initial exploration of oil and gas in 2014, Uganda confirmed commercial oil finds of 6.5 billion barrels, of which 1.4 billion are recoverable.
Thus the government has now embarked on the development phase and has plans to invest $800m (Shs2.9 trillion) in the 1,445 kilometres long East African Crude Oil Pipeline (EACOP) and refinery which will guarantee realisation of first oil in 2020 at the earliest, have been finalized.

According to a new report, government plans to invest $500m into the refinery project (40 per cent share) and $300m in the EACOP (15 per cent share).
The main funders of the projects will be the international oil companies including Total and CNOOC as well the government of Tanzania.

All these activities are a pre-cursor to oil production likely to start in 2020 or 2021, according to government.
Significant amounts of revenues and taxes are generated at all stages of the petroleum value-chain and these include signature bonuses, royalties, exploration fees, development fees, rents, fees on permits and capital gains tax on transfer of interests and assets, among others.

Beyond the above revenues are also generated from government’s profit share on production, taxes at the refining, gas processing and conversion, transportation and storage of petroleum and its associated products, bi-products and wastes.

Thus, it is anticipated that Uganda will generate between $3b and $3.5b annually at peak production (2029-2045) and research has indicated that it will drive Uganda’s gross domestic product to double digit growth 2025.
Indeed, the World Bank estimates that oil production could increase total government revenue from the current 13 per cent of GDP to about 18 per cent on average for more than 20 years.

However, with doubling of the size of the economy (GDP growth rate average of 10 per cent from the current 4 per cent) which may not be backed by equally competent citizenry to support the economy through proportionate innovation and invention, engagement in reasonable productive activities, Uganda may miss out on opportunities in the sector.

According to experts, the failure to match production with the size of GDP may cause distortionary effects on the economy, which might cause hyperinflation thus hindering investments.

In addition, such a situation is indeed ripe to cause a boom-bust economy as it occurred to Nauru Islands which had a per capita income of $40,000 (Shs142m) in 1980 at the start of mineral production and reduced significantly to $2,000 (Shs7m) in 2000 after depletion of the resource.

According to the Oil and Gas policy of 2008, oil revenue will be used for infrastructure development and not recurrent expenditure.

Whereas this is a good move, there is need to consider the fact that Ugandans are equally an important resource who must have the capacity to put to use the infrastructure put up by the government using proceeds from oil.
For instance, it does not make better sense for so many roads connecting different villages to be tarmacked if residents have nothing to transport or cannot afford cars to drive on such roads.

Relatedly, extending electricity to all villages is a wise move; however, connecting such power in grass houses is not only risky but defeats the analogy of modernization, a key development agenda.
It is therefore important to put human resource development at the forefront such that citizens are positioned to fit in the oil economy boom when production commences.
This will help the country avoid the ‘resource curse’ analogy that has dogged many African countries such as DR Congo, Equatorial Guinea and Angola among others.

Oil and gas being non-renewable and finite resources, Uganda needs to ensure that the resource is managed efficiently and managing them in a manner that will create lasting benefits to society.

Thus there is need for a deliberate plan for the emergency of new industries, such as chemicals, fertilizers and cement, among others.

Such industries are new to Ugandans therefore government needs to render a hand in building capacity of local investors to take up such subsidiary industries which will support the economy.

According to Siragi Luyima, an economist and a lecture at Islamic University in Uganda, there is also need to address key bottlenecks to growth in agriculture, manufacturing, mining and tourism through investing oil proceeds in infrastructure, better healthcare and quality education to develop the human capital with adequate and employable skills suitable for the oil economy.

This, he says, there is need to build strong and transparent accountability systems as well as a conducive environment for private sector development so that natural resource rents are invested to create other forms of capital.

“Failure to address the human resource challenges,” he says “it will be impossible for Uganda to eliminate the ‘resource curse’ and there will be a high likelihood that oil revenues will not be used properly and will not impact positively on the lives of Ugandans.”

Government, he says, needs to transparently manage oil revenues and must account whenever there are gaps.

Uganda’s long walk to oil production continues. In June 2016, during the Budget speech for 2016/17, President Museveni set a target for oil production to 2020. It had also been a constant phrase from Ms Irene Muloni, the Energy minister who, on several occasions, had said the oil production target is 2020.

However, oil companies have remained non-committal on the year oil will start to flow.
But what is clear is that the level of infrastructure in the country doesn’t match the needs for the oil sector.
For instance there is need for roads, an export pipeline, refined products pipeline and an oil refinery. The timeline for project completion being between three and five years, Uganda still has a long way to complete projects meant to deliver oil by 2020.

Although some industry players think 2020 is unrealistic, President Museveni maintains that uganda will surely be producing oil by 2020.