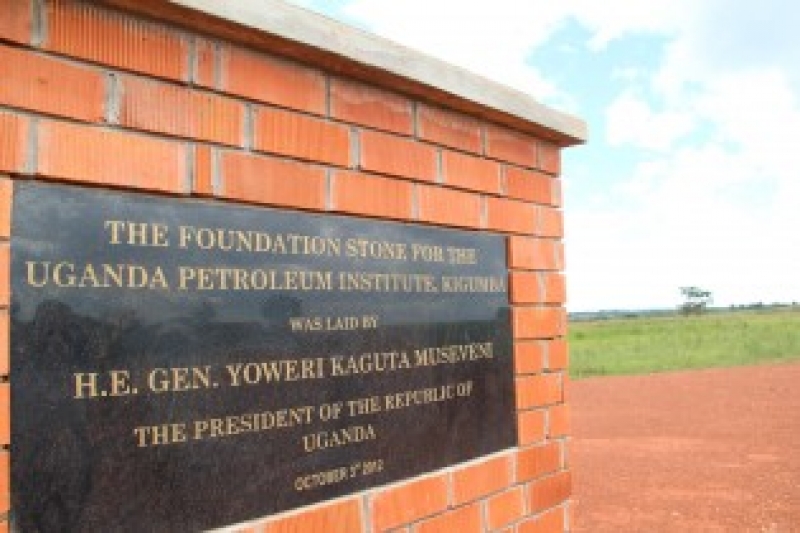 One stone at a time: the first, laid by President Museveni, paves the way for great aspirations

Government is in final stages of upgrading Uganda Petroleum Institute Kigumba (UPIK) to a University status.

The revelation was made by the Prime Minister of Uganda Dr Ruhakana Rugunda while representing President Museveni at the 24th coronation anniversary celebrations of the Omukama of Bunyoro Kitara.

Earlier, the Bunyoro Kitara Kingdom Prime Minister Andrew Byakutaga had told the gathering that President Museveni had in April met with the Omukama of Bunyoro at state house in Kampala to deliberate on various development programmes.

He reported that among others, the President agreed that a public university will become operational at Uganda Petroleum Institute Kigumba (UPIK).

“As Government, we have approved the operationalization of Bunyoro University at Kigumba. Since we have here the minister of Finance, he should expedite a release of the funds when the matter reaches his desk” Rugunda said.

The institute is located in Kigumba town council in Kiryandongo district.It offers a two year diploma course in petroleum engineering.

According to the UPIK Academic registrar James Bagaya, priority consideration is being given to students who passed science at the Uganda Advanced certificate of Education (UACE). They should have done mathematics, physics, chemistry and technical drawing.

The students must have sat A Level not more than two years ago or having a national certificate in electrical, mechanical or any other Engineering course.

He says the students who have a national certificate from a recognized technical institute will be considered under a certificate entry scheme.

The students should have at least ten points, Bagaya says.

He said the institute recruits 35 students every academic year. The institute has repeatedly received a barrage of criticism of producing graduates that are not employed in Uganda’s mainstream oil and gas industry.

Uganda’s Finance Minister Matia Kasaija who hails from Bunyoro region and represents Buyanja County in the 10thparliament asked the Kingdom to bring to him proposals for development projects.

“I have repeatedly asked the Kingdom to bring those proposals to me. Bring them and leave me with a duty to look for funding” he said.

Uganda has over 6.5 billion barrels of crude oil. The Government’s target is to kick off commercial oil production by 2020.

Under the Public finance Act, Cultural institutions   are entitled to a 1% share of oil royalties.

Since last year, the Omukama of Bunyoro Kitara Kingdom has been reorganizing his Kingdom. He instituted a seven-man Royal commission headed by Dr Kabagambe Kaliisa, a retired permanent secretary in the Ministry of Energy, and is currently a Presidential advisor on oil and gas.

The commission which he heads, does oversight on all Kingdom activities and it advises the Omukama who heads all clans in Bunyoro.

The discussion on how Bunyoro region can tap in the petroleum industry took centre stage as the Kingdom commemorated the Omukama’s 24th coronation anniversary celebrations.